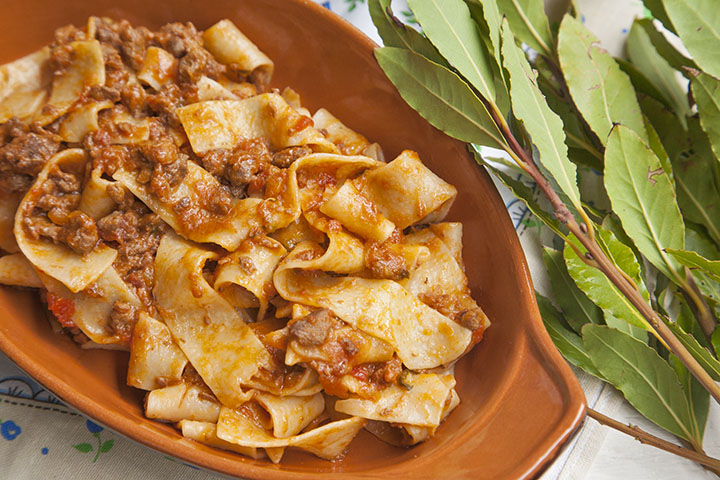 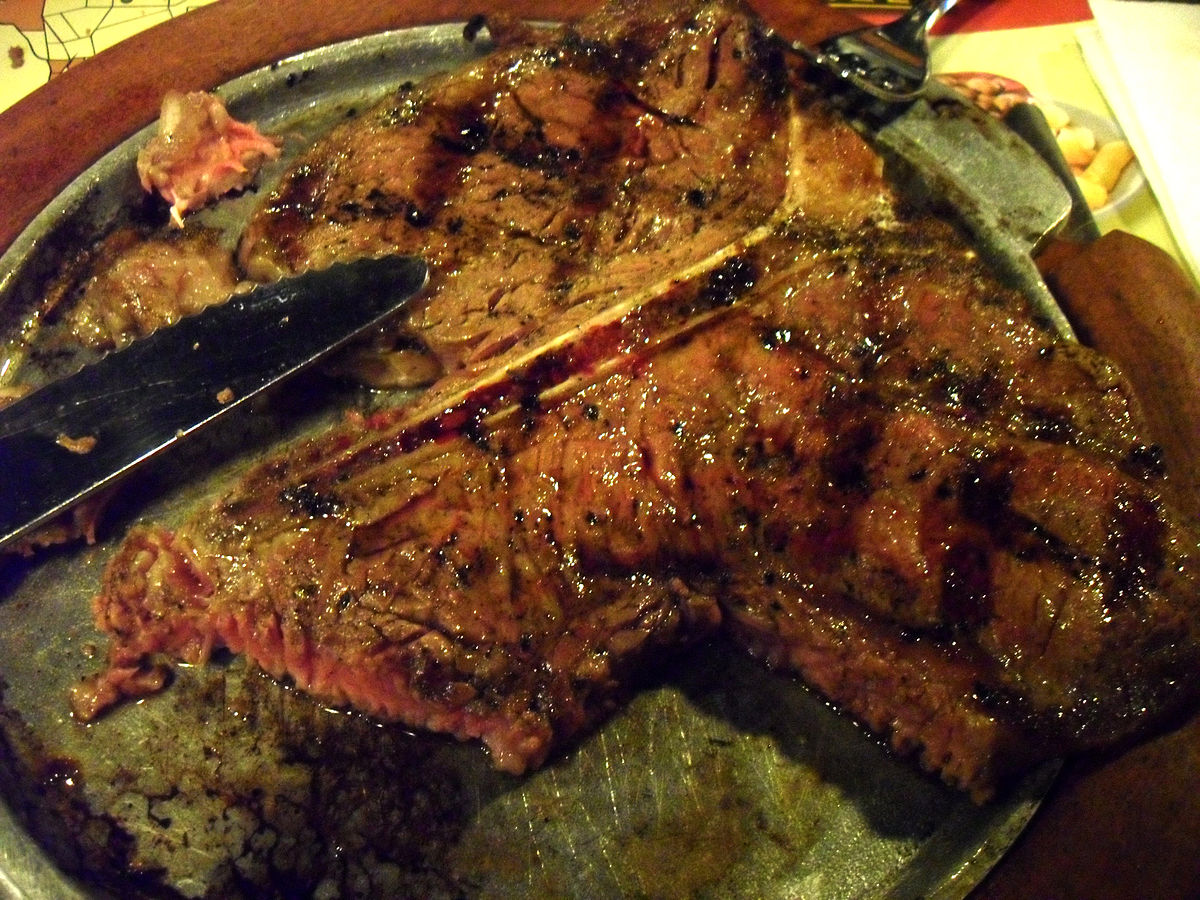 Bistecca Alla Fiorentina is a T-bone beef, but it's more than a slice of meat. This huge (at least 21/2 pound) steak is cut out from Chianina cows, which can be bred in Tuscany's Val di Chiana valley, south of Florence. It is cooked rare (do not ask well-done as you'll be advised that this is impossible), on a wooden grill, and sides (contorni) such as roasted potatoes, or grilled veggies, are ordered individually. In Florence, taste it at Buca Lapi near Santa Maria Novella. 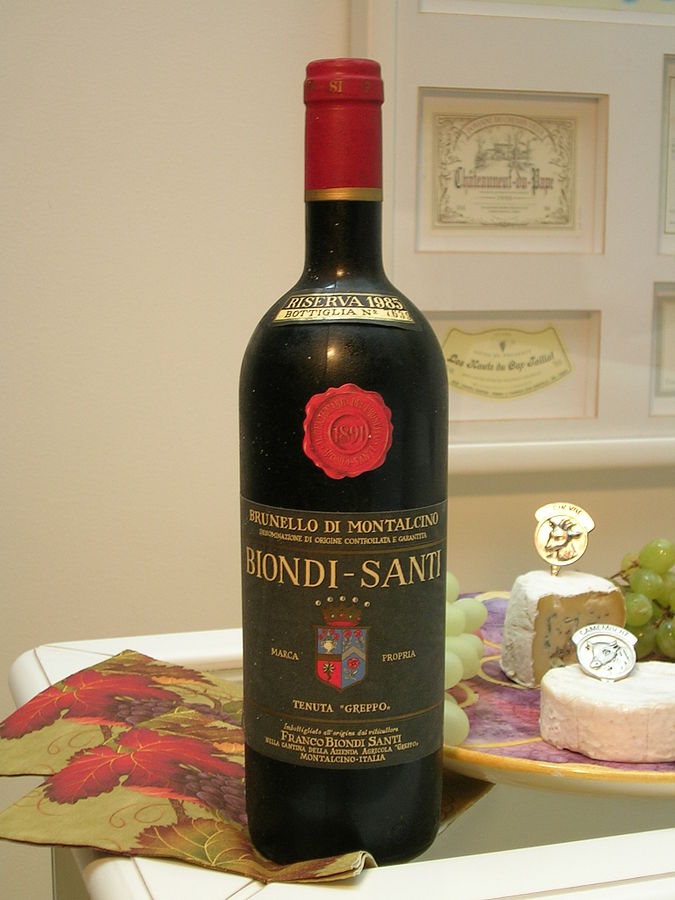 Tuscany is an abundant wine growing area, and Brunello di Montalcino reds are considered one of the best. The wine is produced from the hill town Montalcino in the Val d'Orcia valley, in which Sangiovese grapes are cultivated since Etruscan times. Sip on Brunello di Montalcino at the 17th-century cellars of Fattoria dei Barbi at which it is also possible to take a trip to learn about wine production. 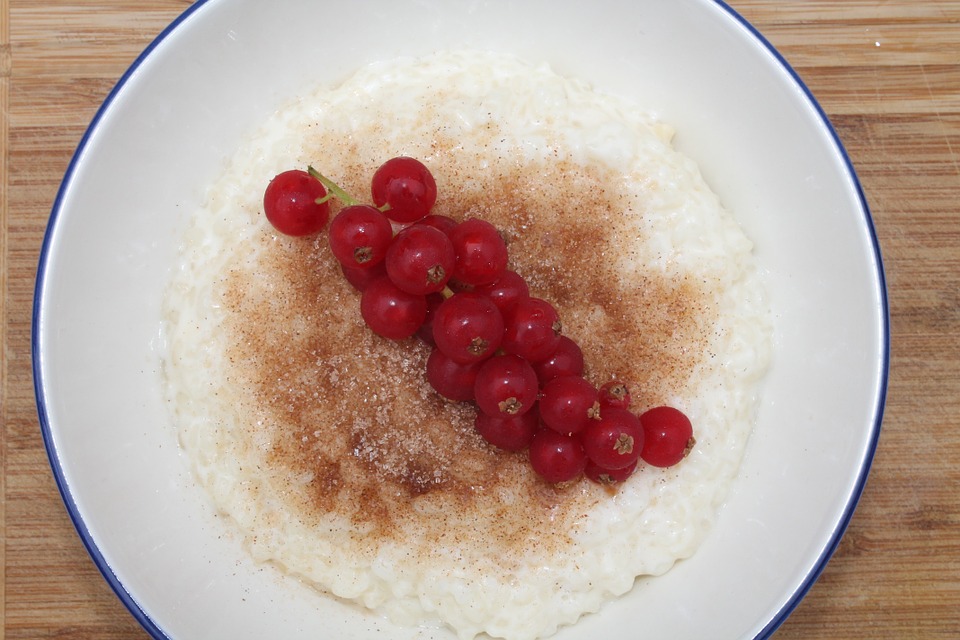 For an alternative to some morning cornetto paired with a cappuccino or caffè macchiato, you can go for a Florentine favored --Budino di Riso. Enjoy this tart-like pastry filled with vanilla-, orange-, or lemon-flavored rice batter at many pasticcerie at Florence. 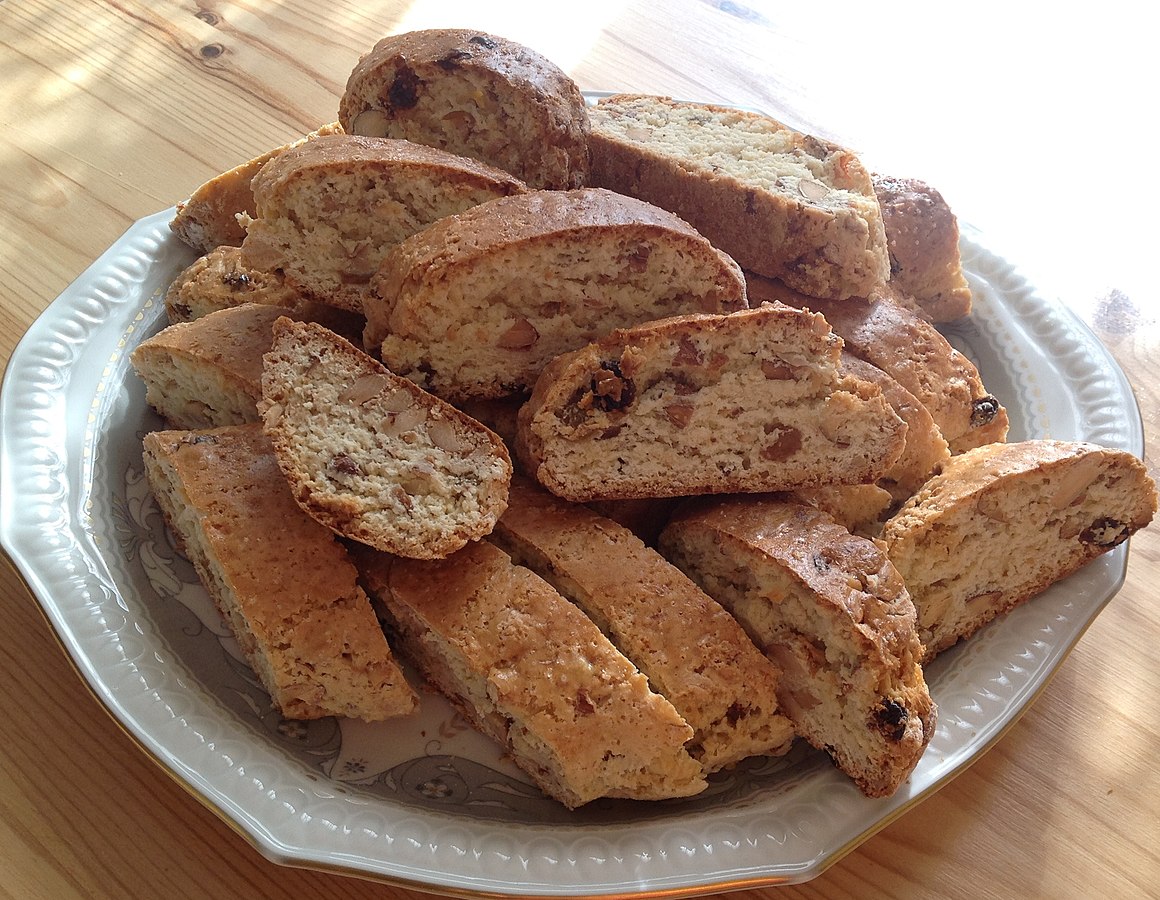 If you would like to finish your dinner with something sweet, then follow the locals by asking for cantucci using vin santo. Cantucci are crunchy, twice-baked, oblong-shaped cookies from Prato (about 11 km west of Florence). The biscotti can be hard on your teeth but if dipped in sweet Vin Santo wine their consistency gets perfect. It is possible to find Cantucci and Vin Santo at almost any restaurant or specialty shop. 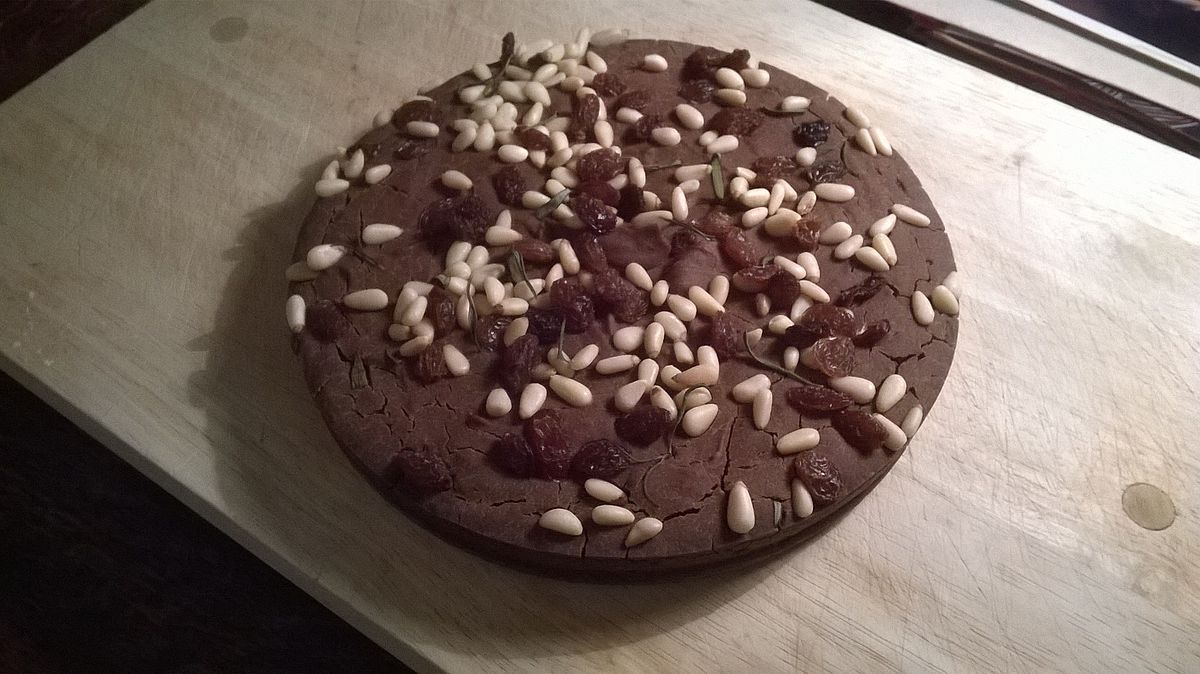 Gluten-free travelers may feast on the chestnut flour dessert castagnaccio. This candy is often baked in autumn when chestnuts are abundant, and unites the flour with pine nuts, sugar, and raisins, to get a dense consistency. Slices are cut from the counter 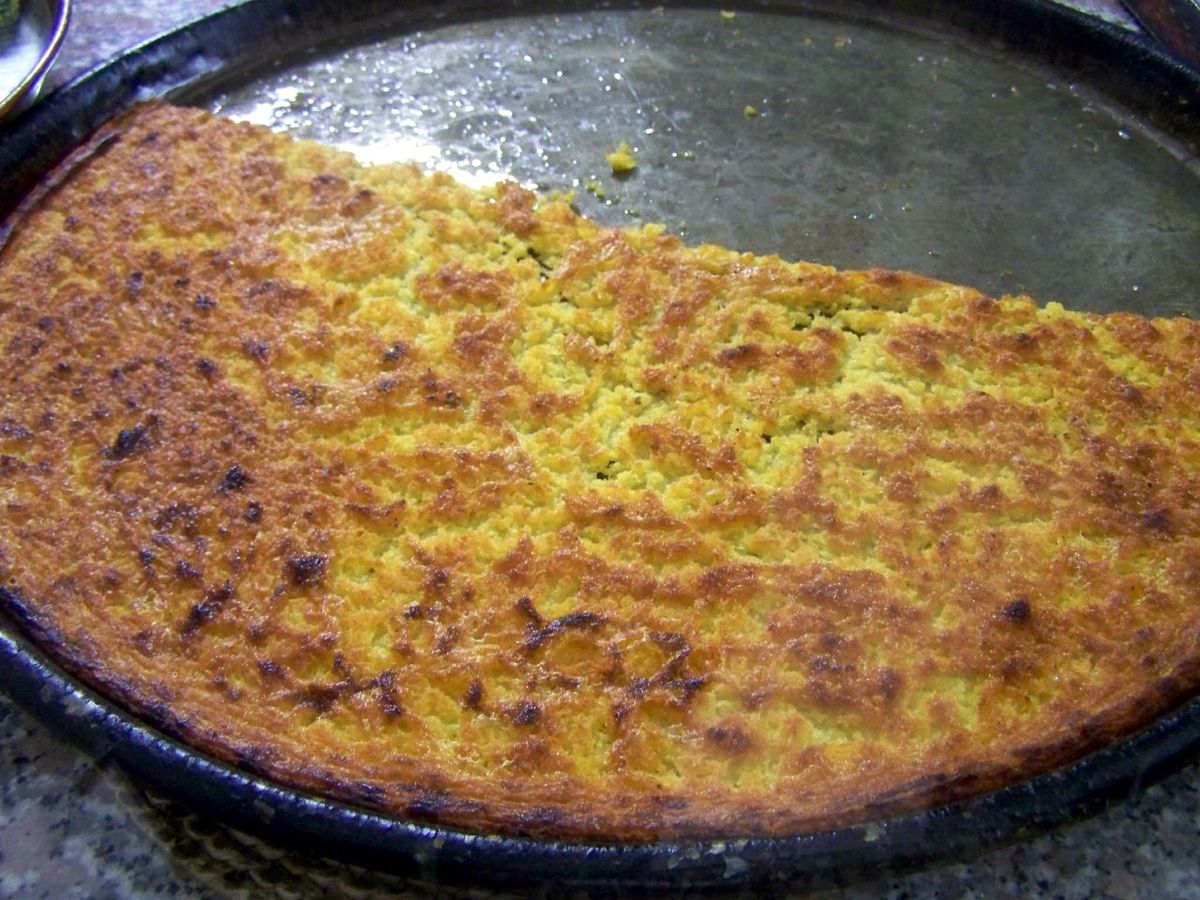 Cecina also referred to as farinata, is a pancake-like bread that's thought to come from the Italian Riviera, or Liguria. It is possible to grab a piece of the savory combination of olive oil, salt, and chickpea flour that's occasionally seasoned with Rosemary, for a snack in bakeries across Florence and Tuscany. S. Forno at Florence's Oltrarno, bakes an extra tasty version, as the lines (such as cecina and all its baked products ) might indicate. 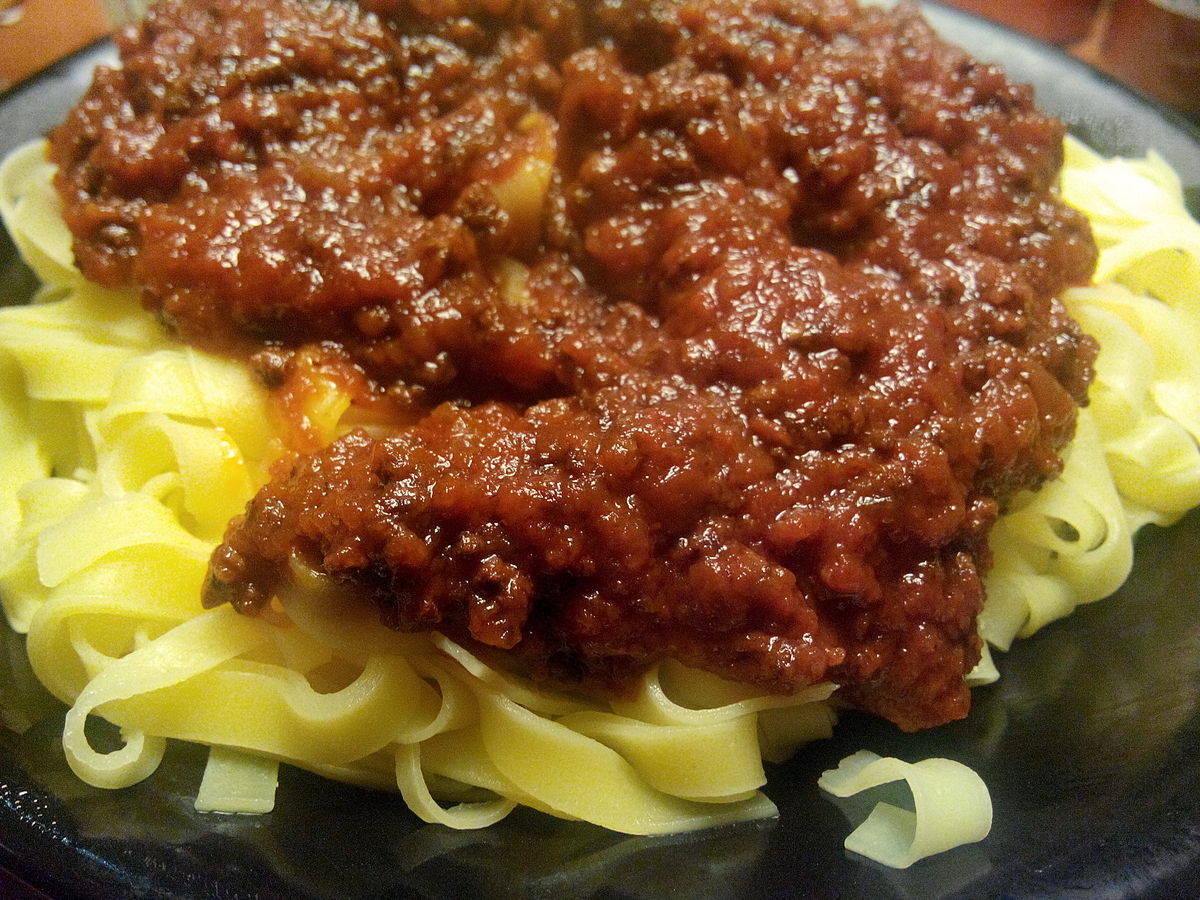 Wild boar, or cinghiale, roam Tuscany, making it a frequent meat dish. It is rich and a little gamey and is often prepared as a ragù (meat sauce) to high pappardelle, a flat and wide egg-based pasta using Tuscan origins. Search for it in La Fettunta, a crowded and unpretentious restaurant with huge serving sizes, on Via dei Neri at Florence. 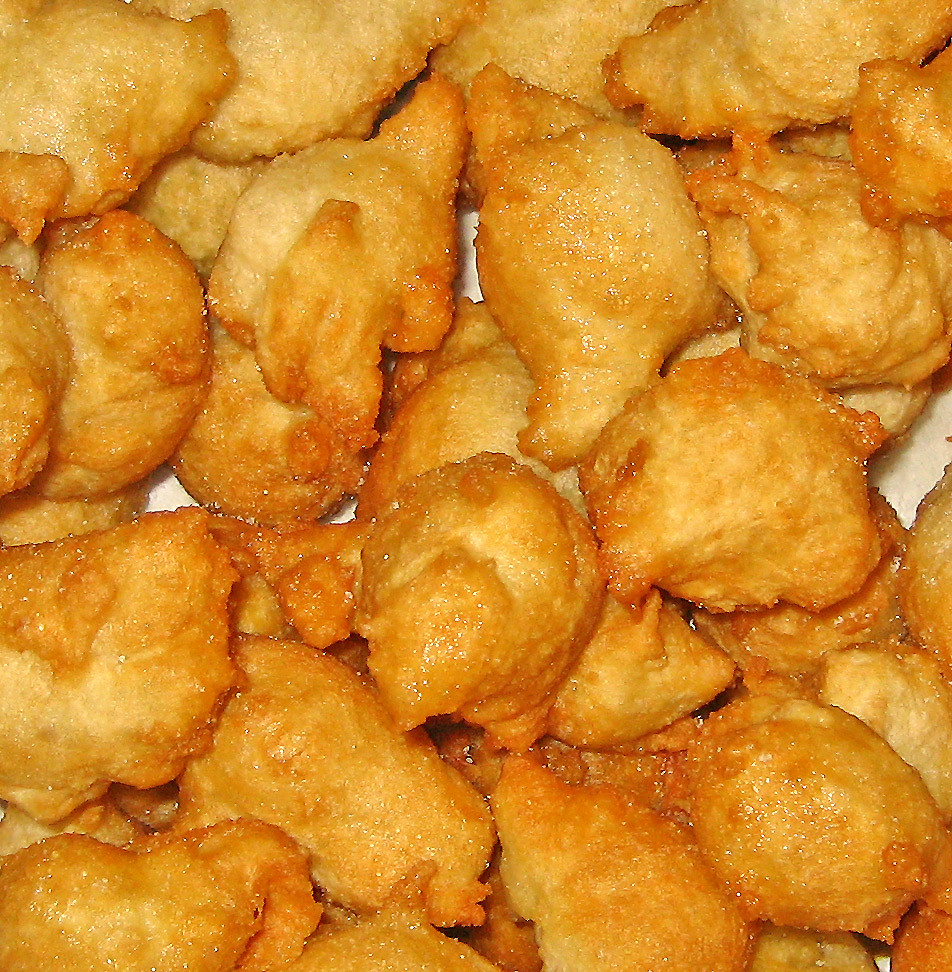 Coccoli, or fried balls of dough, are like savory donut holes that are functioned within an aperitivo or antipasto dish across Tuscany. If eating salty fried bread was not satisfying enough, Coccoli is opened up to make a pocket that's filled with prosciutto Crudo and stracchino cheese. Look for these on restaurant menus, or go to Il Coccolo on Via Matteo Palmieri at Florence. 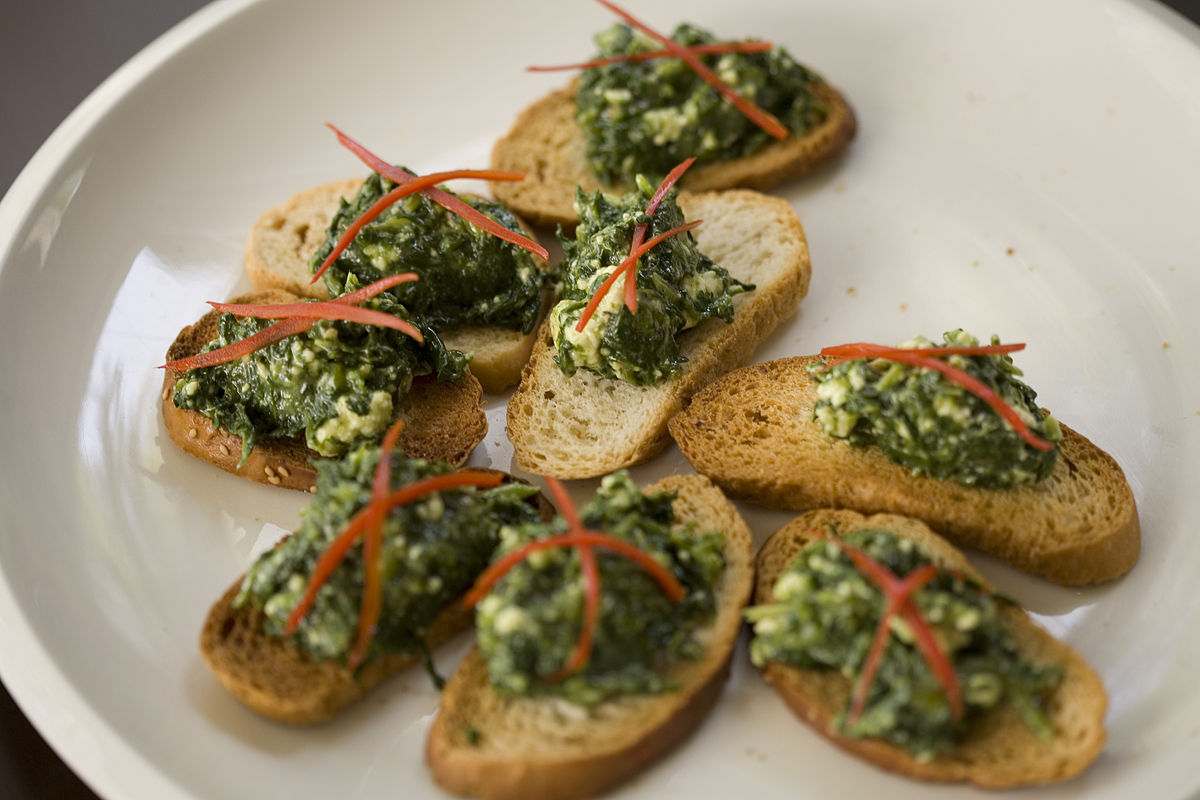 Crostini--toasted pieces of bread with toppings--are an antipasti staple across Tuscany. Crostini di fegatini (also called crostini Neri or crostini Toscani) with chicken liver pate and drizzled olive oil, is the most common variety in the area. Some may find this salty and rich spread to be an acquired taste, and it will match well with a glass of wine. For some of the finest, head to Florence's San Niccolò area and Fuori Porta, a wine bar that has a Whole menu segment dedicated to crostini

Accompanying almost any meal at restaurants across Tuscany is bread, extra virgin olive oil, and salt. You can also request the simple mix as crostini fettunta--toasted bread drizzled with oil at a restaurant such as La Casalinga, a crowded spot off of Piazza Santo Spirito, in Florence's Oltrarno. 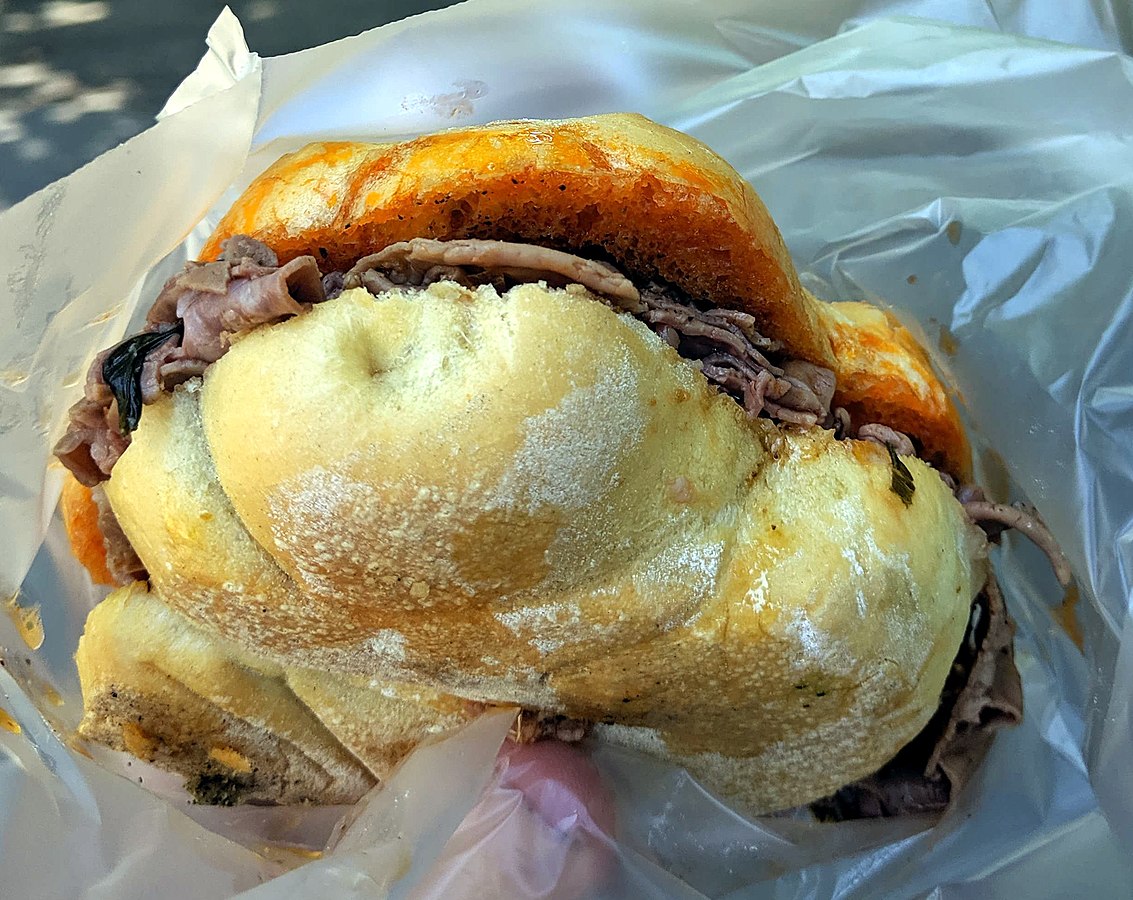 Florence has a renowned sandwich, and you may be more likely to eat it if you do not think about what it is. Lampredotto, where a cow's fourth stomach is slow-cooked with tomato, parsley, onion, and celery, is often served on a crusty roll for a Panino and dates back to the Renaissance. Locate them made at street carts and sandwich stores, or as a second course at some restaurants. I Trippaio di San Frediano di Simone Piazza dei Nerli) and Trippa del Porcellino (Via di Cappacio at Piazza del Mercato Nuovo), both have strong followings by visitors and locals. 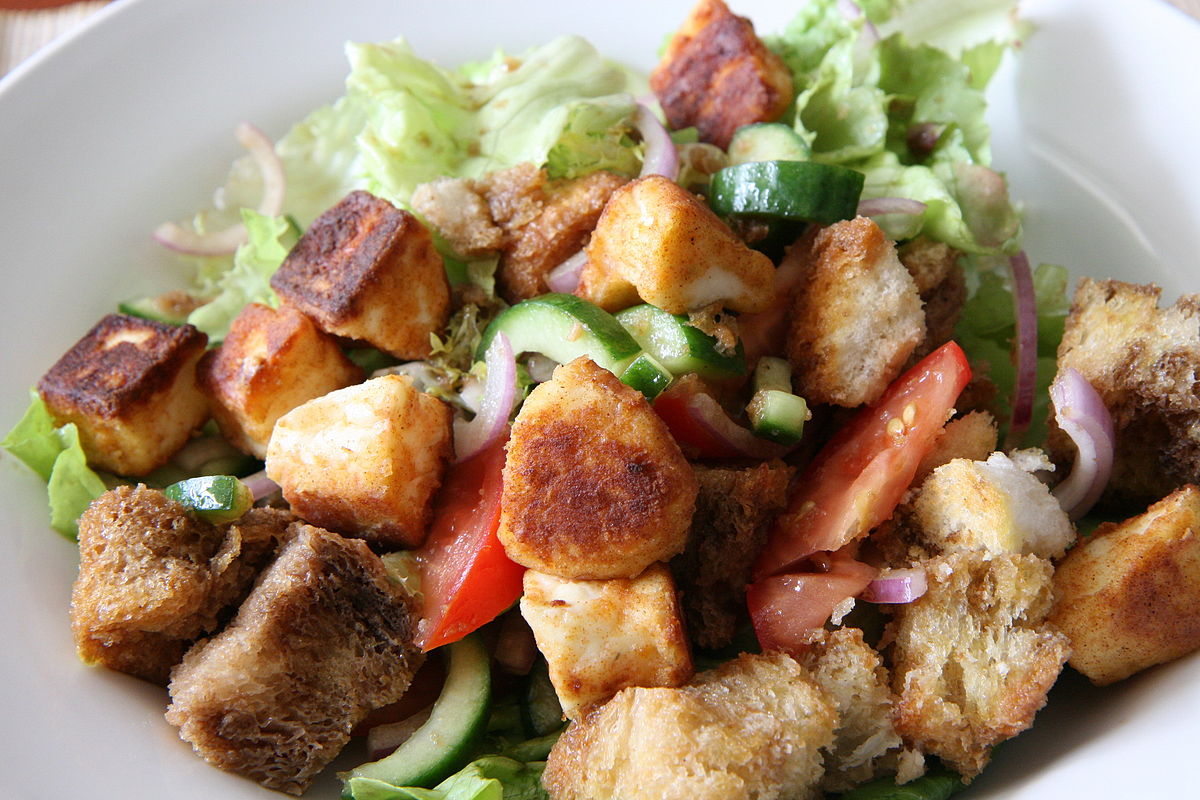 Panzanella is just another consequence of Cucina Povera, in which cooks unite leftovers with new ingredients to make a meal or side. The aperitivo buffet staple is typically made from cubed bread, tomatoes, basil, and sometimes onions and cucumber. Have a Conventional Panzanella along with other Tuscan dishes at Da Rocco at Mercato di Sant'Ambrogio. 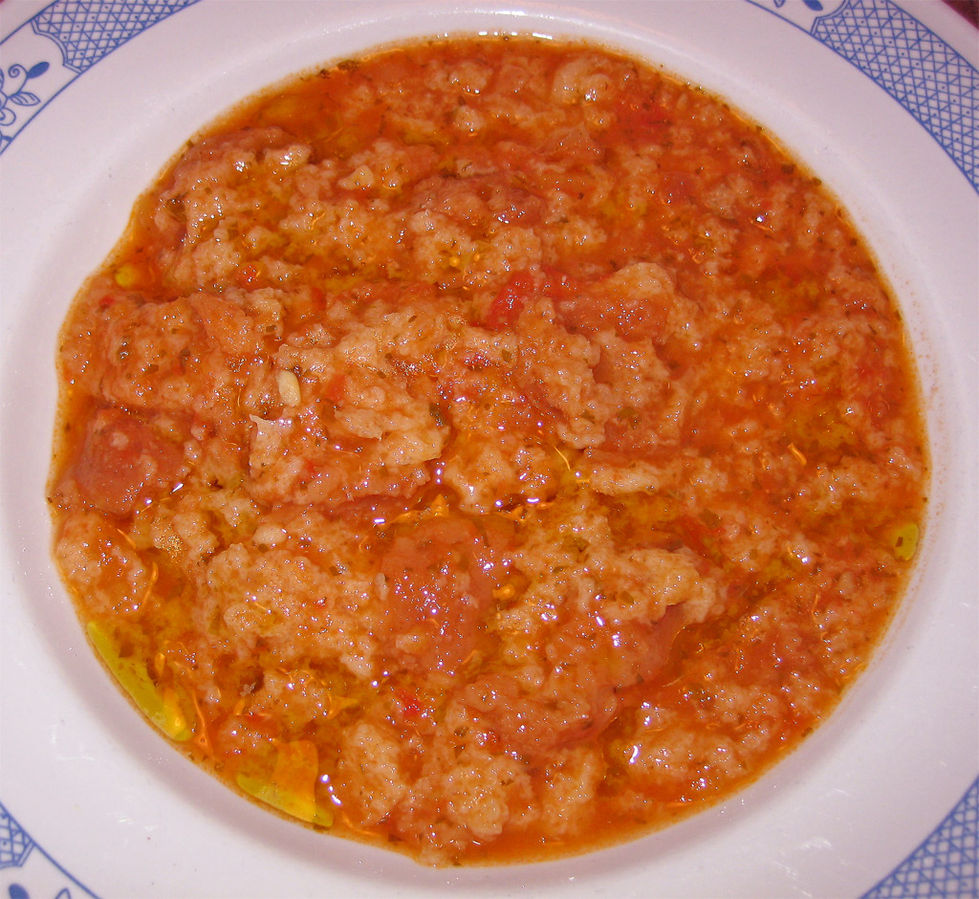 Tuscan chefs have invented dozens of approaches to turn leftover bread into a meal. Pappa al Pomodoro, which unites tomatoes, basil, garlic, and olive oil, with bread, is just one of them. The word pappa translates into infant food, but don't let this stop you from trying this dish that's occasionally described as a soup. It's frequently located at aperitivo buffets, or you could order it at Osteria Le Panzanella in Radda in Chianti where a recipe has passed down through generations.

Another popular Tuscan meat is Lepre, crazy hare or rabbit. If you order it served as a ragu over pappardelle, then it may be one of the heartiest of Tuscan meals. Order it in Florentine establishment Ristorante Cafaggi on Via Guelfa where you will find enormous portions, friendly staff, and a local lunch and dinner crowd. 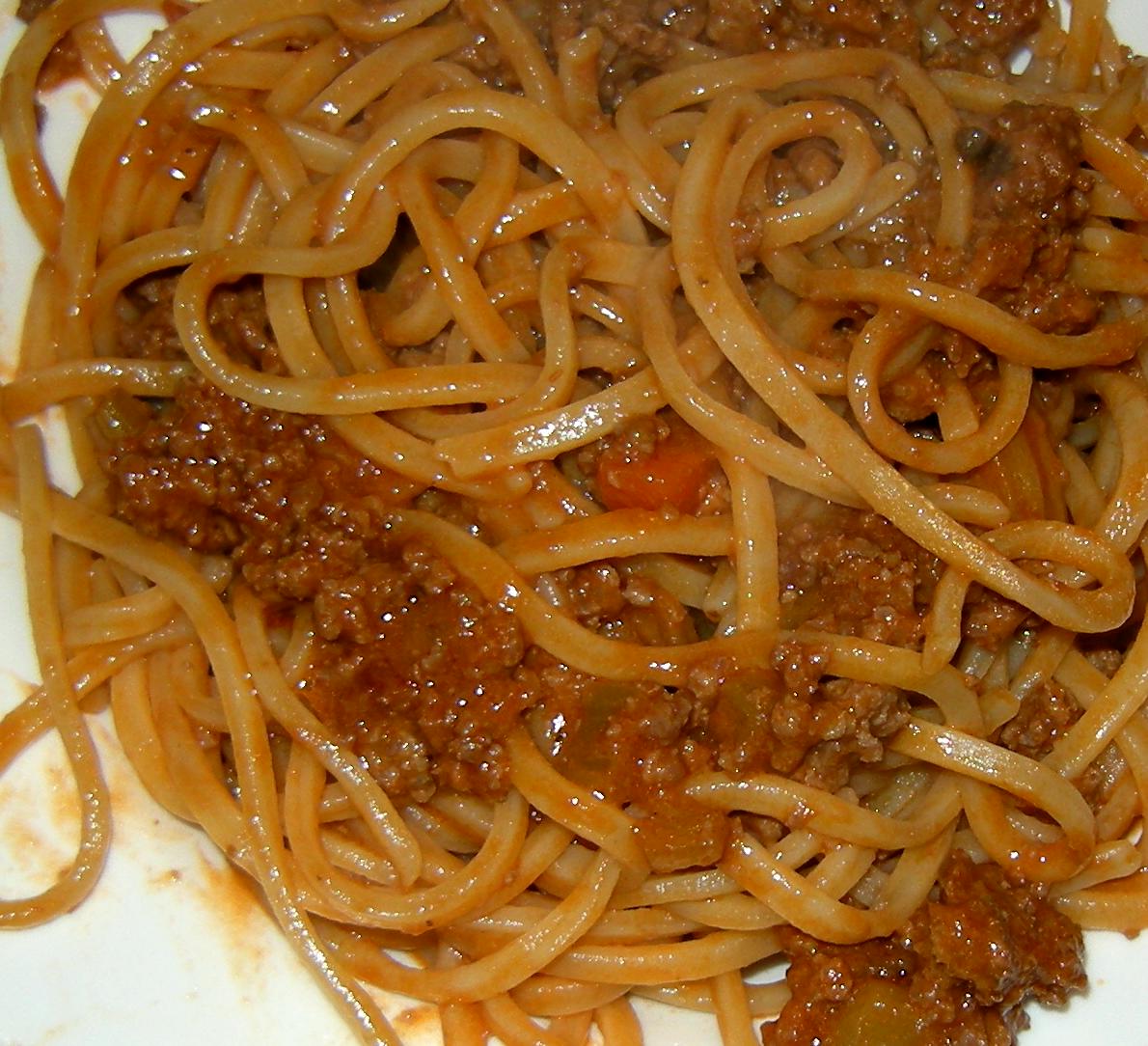 Game is a signature characteristic of Tuscan cooking, by rabbit, to wild boar, to squab or pigeon: Piccione. Piccione is generally grilled or served as a ragu, and in Coquinarius, near the Duomo in Florence, it comes with spinach, pine nuts, and raisins. Il Santo Bevitore in the Oltrarno pairs traditional Tuscan ingredients and recipes with contemporary demonstration and its rotating menu occasionally includes Piccione as a ragu over pasta.