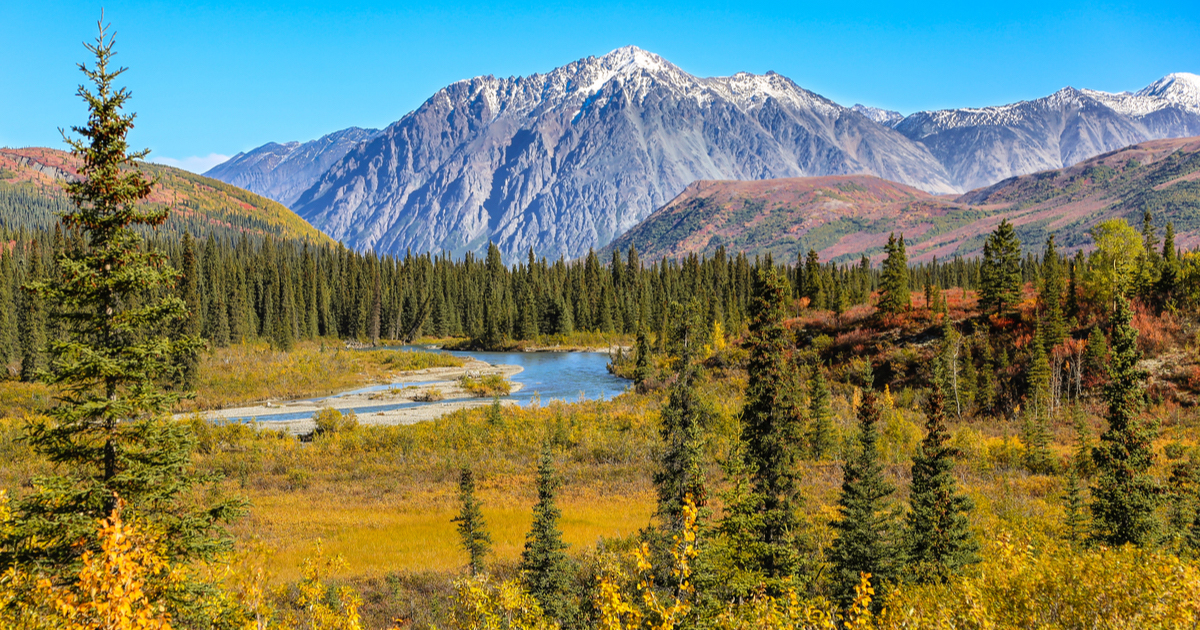 Denali, North America's tallest mountain with its national park & reserve is the epitome of natural beauty and local culture. An adventure awaits you here. Read on!

Standing a daunting 20,310 feet over the wilderness of the Denali National Park and Preserve is Denali itself, North America's tallest mountain. Formerly known as Mount McKinley, Denali has beckoned tourists, mountaineers and nature lovers to its pristine forests, teeming wetlands and its celebrated peaks for over a hundred years.  Whether you're an experienced trailblazer or new to exploring the outdoors, there's something for all activity levels on a tour through this stunning National Park.

Thinking of embarking on an immersive tour to the 'Land of the Midnight Sun' and seeing for yourself one of America's greatest natural treasures? Here is an introduction to the fascinating world of Denali National Park to fuel your excitement.

The mountains are calling and I must go.
- John Muir 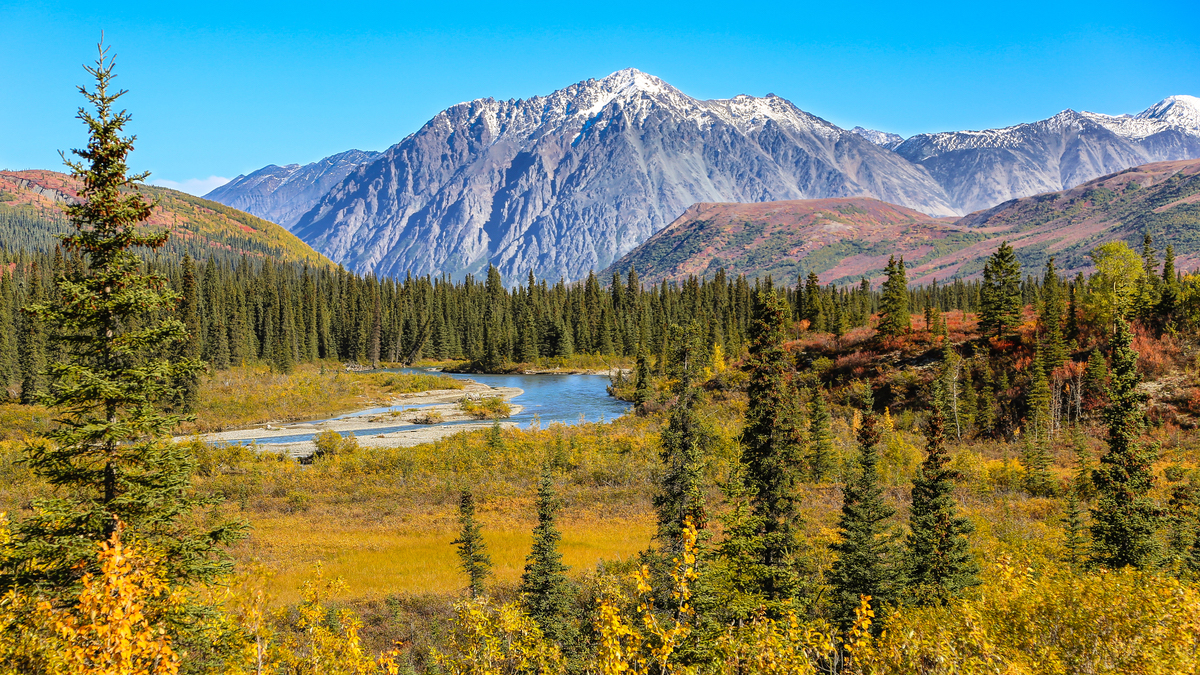 A Park Steeped in History

The name 'Denali' actually comes from the Athabaskan peoples who have inhabited the region for thousands of years. Meaning 'The High One', the name instantly emits a reverence and respect for the enormity and grandeur of the great mountain. The first known European to have laid eyes on Denali was British explorer, George Vancouver, who noted 'stupendous peaks' while surveying the area in 1794. In 1897, however, the mountain was named 'Mount McKinley' by an American prospector after the then newly elected president, William McKinley. Not long into the 20th century, climbers and other explorers began taking an interest in Denali, which by then was rightly assumed to be the largest mountain on the North American continent. Yet, 'The High One' lived up to its name and was unconquerable until 1913 when an American and British-led expedition finally reached its peak.

When the park was established in 1917 as the 'Mount McKinley National Park', it began to attract tourists almost immediately. In 1921 the first hotel near the park opened just before the completion of the Alaskan Railroad in 1923. The 1950's and 70's saw more road access to the region with the first (and only!) road being constructed into the park itself.

In recent years, Denali National Park and Preserve continues its commitment to conserving the area's wildlife while educating its some 500,000 annual visitors. In 2017, and much to the delight of the Alaskan community, that the name of the park's centerpiece was changed back to Denali. And as the third most prominent peak in the world, it's a name with a steep history indeed! 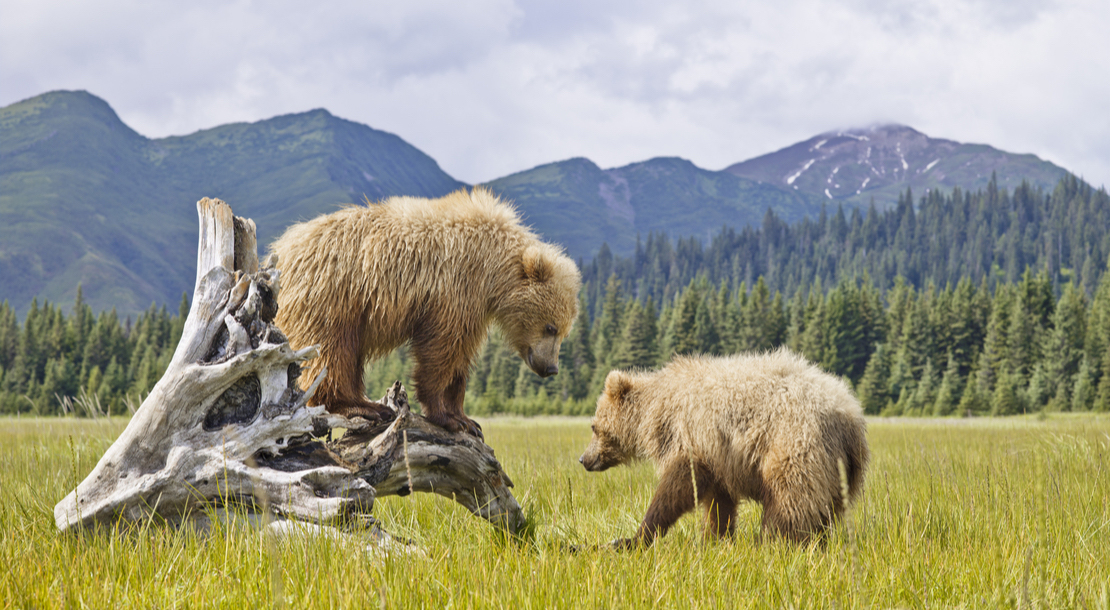 Breathtaking Alaskan Beauty
At around 6 million acres, the Denali National Park is bigger than Yellowstone, Yosemite and the Grand Canyon National Parks combined. Immediately upon entering, you'll be spellbound by the natural beauty of the surrounding Alaskan Range. Even if the glaciers and rugged cliffs of Denali itself aren't visible due to weather conditions, the park's vast tundra, alpine forests and wetlands provide a wealth of impressive rock formations, waterways, trees and plant life. With nearly 500 flowering plants, springtime at Denali is particularly stunning. 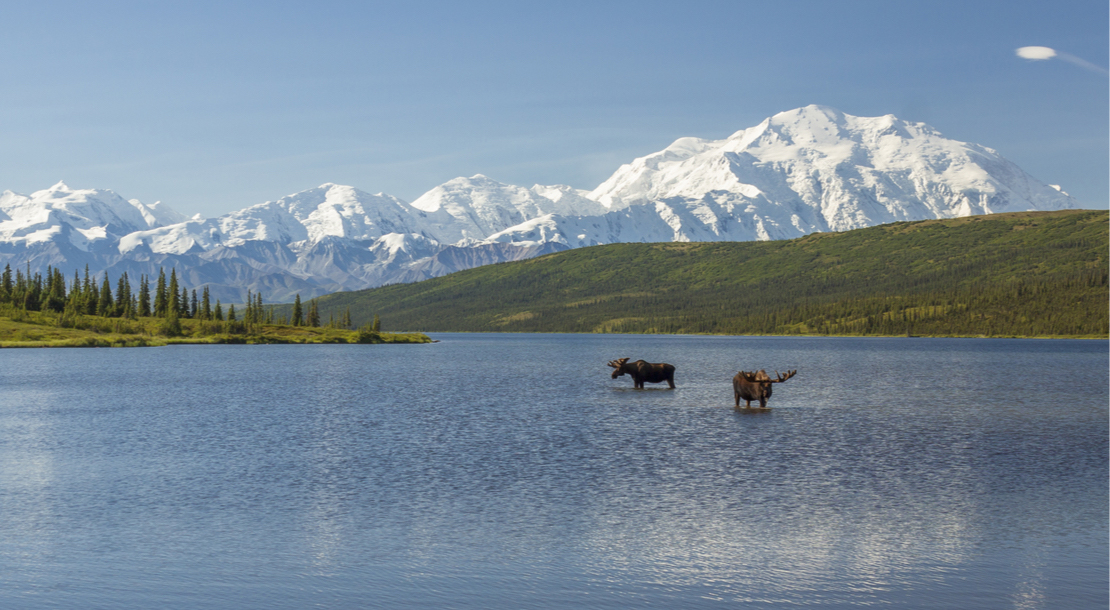 Meeting the Locals
While the stunning natural surrounds are certainly a highlight, what makes the park truly special are the unique inhabitants who live there. Home to several species of migratory birds, fish and smaller animals such as coyotes, foxes, beaver, and Canada lynx, the big attraction for animal-lovers journeying around Denali is the park's large mammals. Thousands of black bears and several grizzly bears can be spotted throughout the region, along with wolves, moose, and caribou, who, at times, have been known to cause the odd traffic jam along the Denali Park Road.

As the first National Park established to conserve wildlife, Denali National Park has a long history of taking care of its local residents. To this day, Denali park rangers and officials maintain conservation efforts aimed at preserving its native wildlife and educating those on how to continue to preserve the park's stunning ecology.

A National Park for Everyone

With just one road through the park, it may seem like there can only be so much to do while visiting Denali. And while we can't recommend taking a guided bus tour through the park enough, there's a variety of additional, exciting activities available for everyone. For those looking to be a little more adventurous, but maybe not ready to summit Denali, there are plenty of hiking trails throughout the park ranging from short jaunts to long treks. Want to see it all without breaking a sweat? A nearby airport also services 'flightseeing' trips of the park by helicopter, so you can take in the beauty of Denali from the sky. The Nenana River, which forms the eastern boundary of the park, is also a popular destination for river floating and rafting. The adventure possibilities are endless. 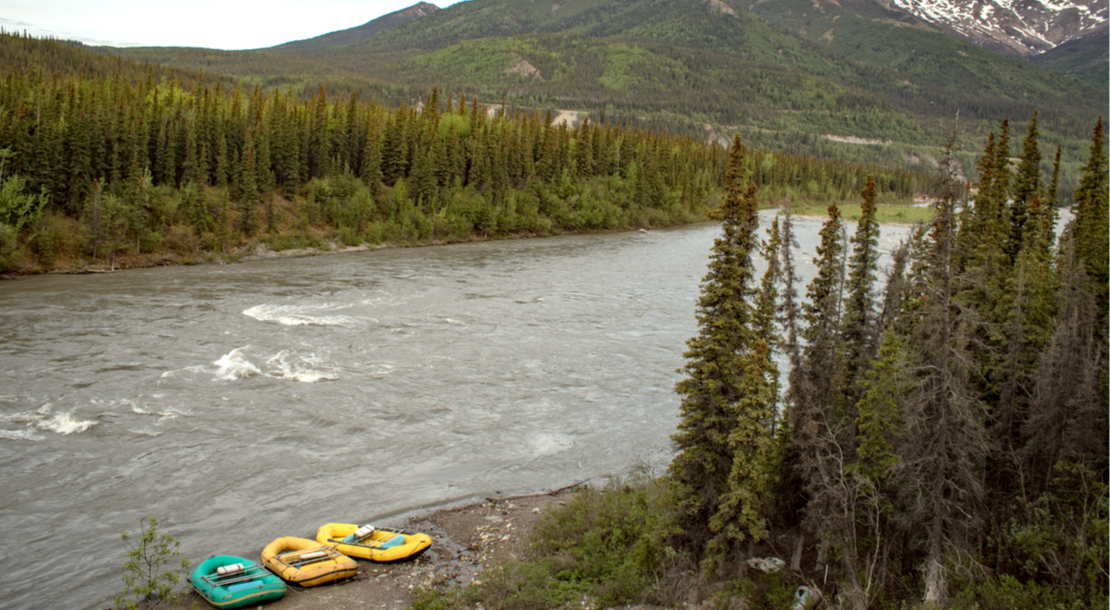 At Mayflower Cruises & Tours we are committed to providing Life Enriching Experiences throughout all our guided holidays. We cannot wait to introduce you to the wonder that is Denali on our Alaska The Great Land tour. Flying into Anchorage, before traveling by rail into the Alaskan Range and on to Denali National Park, this is a wonderful holiday for those looking to escape into the unparalleled beauty of America's North.

This is The Mayflower Way.