15 Days • 40 Meals
Crystalline waters house a plethora of marine life, as palm-lined golden beaches, cays and reefs entice swimmers and snorkellers. Culture and history abound, as the colonial architecture of St. Barths, the national parks of the Grenadines and the volcanic craters of St. Lucia suit diverse interests. 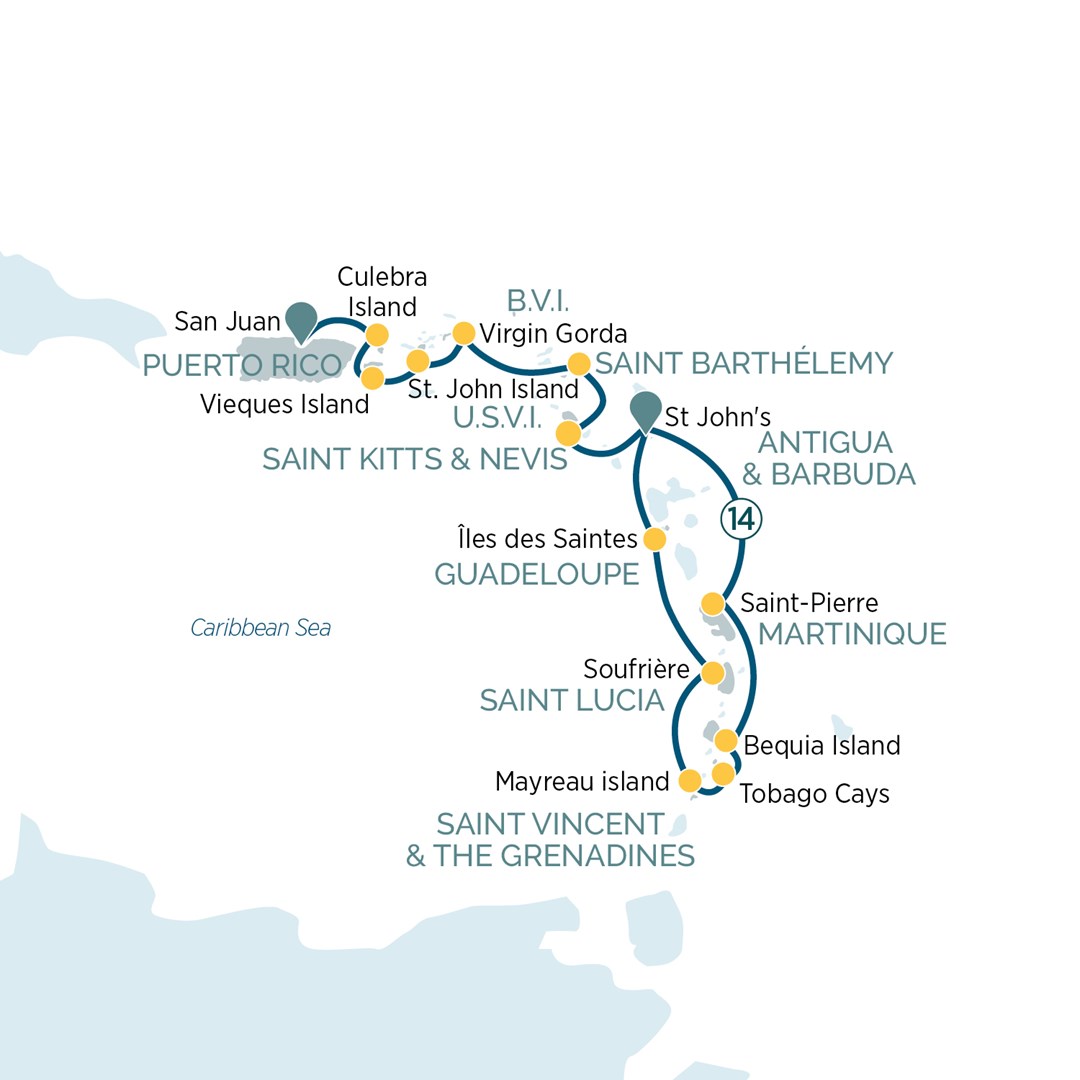